Cam locks and quarter-turn latches are two different families of parts that often get confused for each other due to their similar qualities and features. However, there are many aspects of these parts which can make the distinction between the two easier than it might seem. Choosing between them often may come down to individual preference but knowing the facts will help you make an informed decision of which part is best for your requirements.

What is a cam lock? What is a quarter-turn latch? Both parts are a specific type of rotational cam latch with the same basic function. The cam (also called a pawl) is the component that actually “latches on” in the closed position and rotates like the hands of a clock in either direction when turned. An actuator on the face of the latch rotates the cam between open and closed positions to allow access inside the panel or to keep it held closed. A stopper restricts how far the cam can turn in either direction. The type of stopper depends on the type of cam latch lock selected, more on this later.

Locks and latches both have their own industry-standard cut-out which is punched into a door or access panel. To install a cam lock or quarter-turn latch into the cut-out you tighten a hex nut on the threaded body of the latch housing to clamp it into position against the flange on its scalp. The cam is installed on the backside of the body, which engages with the frame or some other inside surface to prevent the door from opening. The distance between the mounting surface and the latching surface is known as the grip range. Both types of parts have a non-adjustable fixed-grip determined by the length of the latch housing and the offset of the cam.

They say the devil is in the details, and the differences become apparent when taking a closer look at each item. How does a cam lock work versus a quarter-turn latch? In general, camlocks feature traditional key-turn actuation and quarter-turn latches rely on a tool-action or hand activation, though exceptions exist for both latch and camlock types. A camlock features a “double D” shape cut-out (like two capital letter D’s back to back), while a quarter-turn latch cutout is shaped like a square with rounded corners. All quarter-turn latches are rated for NEMA 12 / IP65 applications or better, while most cam locks have no seals of any kind to protect against the ingress of water.

Cams for both quarter-turn latches and locks are typically sold separately from the bodies and are installed using a removable screw. However, smaller body lengths of cam locks require the cams to be permanently spun on with a rivet due to limited space to enclose both the lock tumbler and screw hole. Cam lock cams are simple stamped pieces of sheet metal, and therefore are reversible to allow for either offset-in or offset-out orientation. These cams also typically feature a star-shaped mounting hole to allow for installation at multiple angles. QT latch cams are not reversible due to a bump stopper on one side of the cam which fits into a special groove on the housing to achieve the signature rotation they get their name from. These cams also have flared edges at the tip to provide mild compression against the door at precise grips.

All quarter-turn latches are intended only for 90-degree functionality when used with the intended cams. Cam locks achieve their rotation by employing a separate stop washer behind the cam. Stop washers are available for both 90-degree and 180-degree rotation, meaning that cam locks are not always limited the same way that QT latches are. Sometimes, referring to a cam lock as a “quarter-turn latch” based on its function would not technically be wrong. It is just like the fact that all squares are rectangles, but not all rectangles are squares.

Overall, in general, quarter-turn latches have more sophisticated features (and are therefore more expensive) than the more basic style cam locks. Camlock systems are popular options for simple, low-security applications like mailboxes and display cases where key locking functionality is preferred and sealing from water and dust is not required. Quarter turn latches are better suited for electrical enclosures like NEMA boxes and other situations where grip range is critical to achieving gasket compression on the door. Whether you need a cam lock or quarter-turn latch we’ve got the part you need.

Give us a call at Sierra Pacific Engineering & Products today and let us help you determine which part is best suited for your particular application. Or start searching our catalog!

← Previous posts Next posts →
Back to All Blog Posts 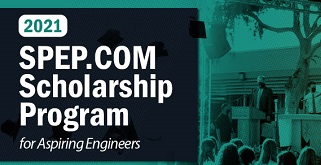 What is Supply Chain Management, and Why Is It Important?

How To Make Threads in Solidworks: Become a Solidworks Expert

Sierra Pacific Engineering & Products (SPEP) is pleased to announce that we have partnered with Saint Joseph High School of Lakewood and Saint John Bosco High School of Bellflower to continue our College Scholarship Program for Aspiring Engineers for the second...

Rubber and Plastic Latches for Any Application When your latch application requires a part that will never corrode, is non-conductive and/or has excellent resistance to many chemicals, you will want to choose a non-metallic latch. These parts are made from highly...

We use cookies to ensure that we give you the best experience on our website. If you continue to use this site, we will assume your consent. Click here to view our Privacy Policy.OK